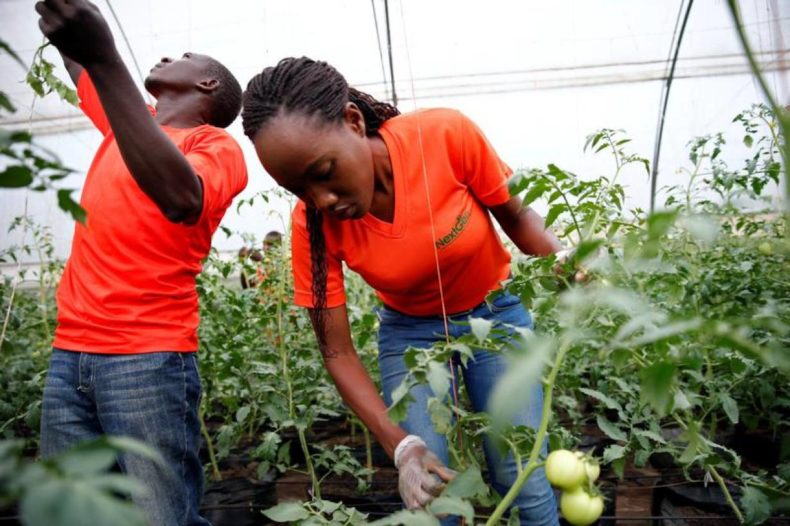 The International Fund for Agricultural Development (IFAD) on Thursday, April 26 launched a 1-million-U.S.-dollar project that is aimed at unveiling financial services to the youths involved in agriculture in East Africa.

The three-year project known as scaling up rural youth access to inclusive financial services for entrepreneurship and employment is aims to end extreme poverty and hunger in Uganda, Kenya and Rwanda.

“The potential of rural youth is capable of sustaining a dynamic economic growth only when they have access to financial services and land,” Elizabeth Ssendiwala, IFAD Gender and Youth Coordinator for East and Southern Africa, said on Thursday in Nairobi.

Ssendiwala noted that the project will help the youths take up agricultural from the aging population in the region given that 70 percent of young people live in rural parts of the countries.

She said the youths in the region has are highly educated, innovative and are already adapting to the modern technology but unfortunately lack access to land and financial services to be fully engaged in agriculture.

“The financial support will also benefit 50 percent of young women since it has been proven that women form large number of farmers in the region,” she added.

Elizabeth Nsimadala, President of the Eastern African Farmers Federation (EAFF), said the initiative is an opportunity for the youth to become the engine driving new agriculture and agribusiness agenda.

“It will lead to economic rural transformation in the region as it will help avail affordable credits, improve technologies, provide practical skills and fair markets for agribusiness success in the region,” Nsimadala noted.

Nsimadala observed that previously, financial service providers ask for loans guarantees such as land title deeds, steadily paid employment and guarantors with good accounts that the youths are unable to avail.

She noted that intervention towards building youth’s capacity in developing business plans is fast changing with the entry of the initiative that looks at the business viability in terms of return on investment.

“The project will help the youth figure out who they are and how best to professionalize their ideas in attracting funding,” she added.

Susan Koech, Principal Secretary for the East African Community (EAC), hailed the initiative for ushering transformation to the youths in the region.

Koech noted that agriculture sector is capable of creating millions of jobs and help reduce migrations to foreign countries.

“The population’s involvement in agriculture is capable of turning the region from net importer of food to net exporter,” she added.

The project is intended to benefit at least 10,000 young farmers aged 18-35 and living in rural areas in the countries. The youths will have to belong to organized groupings.

Consultancy services-studies to asses the status of Innovation platforms.